One of the most mysterious parts of Marvel’s new The Falcon & The Winter Soldier series is John Walker, aka the new Captain America. All signs point to Walker not holding the mantle for long – so what comes next for the government agent?

Wyatt Russell’s Marine John Walker, who in the comics holds the moniker of US Agent, is the newest character in the Marvel Cinematic Universe. This time around, Walker doesn’t go by US Agent, no: Walker is the new Captain America. While Sam Wilson (aka Falcon) was given the shield by Steve Rogers (played by Chris Evans) at the end of Avengers: Endgame, Wilson is more content to continue with the Falcon moniker, and donated the shield to a Captain America museum.

In the comics, Walker moves between villain and anti-hero while rarely being an actual good guy. According to Malcolm Spellman, head writer of Falcon & The Winter Soldier, that is an angle they are changing in the series:

Walker started off much closer to the Walker in the books, and then completely morphed into something very, very, very different. For him to take the mantle and for him to be Captain America, we knew we needed to shift him to be a bit more heroic and righteous. So, just the very fact that we wanted to introduce him as Captain America, to bring that conflict to life, started to dictate the evolution of John Walker as a character. Because to carry that shield, you cannot be the guy that he was in the comics. There’s traces of that there, but he’s definitely much more obviously heroic. That said, he’s going to have to earn it — or not — over the course of the series. 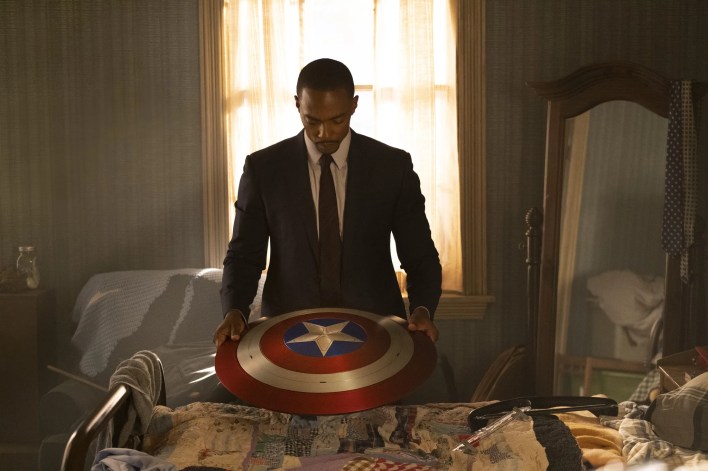 This seems to indicate that they are setting Walker up to be more sympathetic than his comic book counterpart, which makes sense if the plan is to eventually redeem the character — something that could easily happen in a Nomad spinoff series.

Based on the first episode, Falcon’s arc seems to be focused around the character coming to terms with who he is and whether or not he will continue his superhero career as Captain America. Assuming Wilson does take over as Captain America from Walker, it would make more sense for Walker to try and find himself before becoming US Agent, especially if his character does take a morally grey or villainous turn under the government’s thumb.

In the comics, Steve Rogers became Captain America after receiving the Super Soldier serum to fight in World War II. But in later years, he saw the government take a darker turn that he couldn’t stand beside and dropped the Captain America moniker.

Consequently, Rogers started going by the name “Nomad,” which means “man without a country.” Though he didn’t keep the name for long, as he quickly realized that he could support what he believed America to be without supporting some of the government’s darker actions.

Russel himself has indicated that Walker will have more than a few moral dilemmas in the show, with the way he described the character sounding an awful lot like someone who just needs a little push to put him in a state of mind where he doesn’t know what to believe in or if those above him have the right motivations, which could put him in a perfect position to become Nomad.

I don’t think there have really been many MCU characters who’ve had quite the dilemma he’s had in terms of trying to fit into this sort of moralistic superhero world. He’s been thrust into this role as Captain America and he’s going to do it his way, and he wants to do it right. But his way is a very specific way that he has learned through being basically a trained human hunter (without the super-soldier serum though!). I mean, that’s what Marines are. They’re not Steve Rogers, they’re not the same. They’re not like Boy Scouts anymore. They’re a little bit more gnarly. 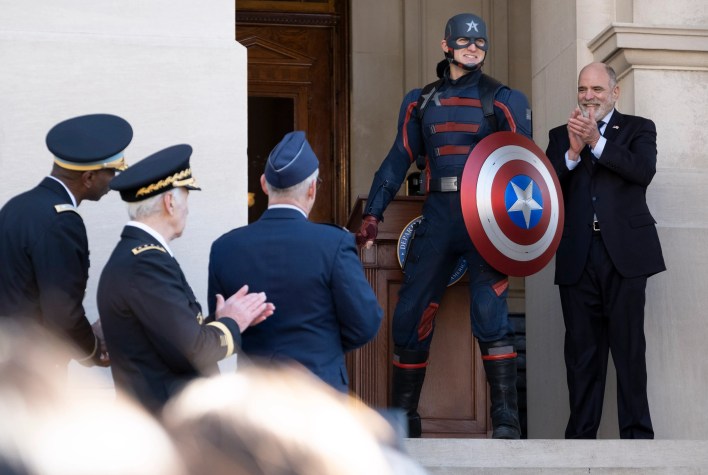 With Walker, if there does end up being drama during his time with the shield, it would make sense for him to become disillusioned with the government at the end of ‘F&WS’ and adopt the Nomad title while sorting out his beliefs about country vs government, before adopting the US Agent moniker. Since Steve never got to explore this aspect of the character fully in the MCU Walker would be a perfect substitute. Not only that, but a Nomad project is even rumored to be in development at Marvel Studios.