With Shazam! Fury of the Gods gearing up for filming, it was announced that Helen Mirren will be playing one of the film’s main villains, Hespera, daughter of Atlas, alongside newcomer Rachel Zegler and returning star Zachary Levi.

Hespera seems to be an interpretation of Hespere, one of the Hesperides, or Nymphs of the Sunset. We know via The Illuminerdi that the sequel plans on introducing three villainous sisters: one being a teenager, one being middle-aged, and the other being older. With Mirren and Zegler’s castings, we have two out of three of the sisters, and it seems likely they will be an interpretation of the Hesperides.

In classic Greek mythology, the Hesperides are traditionally portrayed as daughters of Atlas – like Mirren’s Hespera – and guard the Olympian Hera’s grove of Golden Apple trees in the Garden of the Hesperides alongside the dragon Ladon. In one myth, the son of Zeus, Hercules, had to complete 12 labors, one of which was to steal an apple from the grove on behalf of King Eurystheus. In most versions of the myth, Hercules tricks Atlas into obtaining the apple, while in another he slays Ladon to retrieve one. 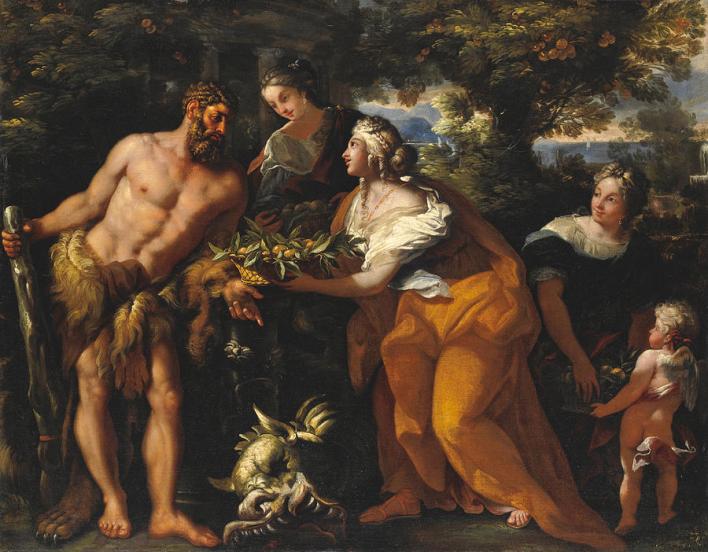 Hercules had to complete these 12 labors on the behalf of Eurystheus as repentance for killing his family under Hera’s influence, as revenge for Zeus having an affair (one of many). Given the title of this film is Fury of the Gods it seems likely Shazam will anger one (or multiple) of the Greek gods, resulting in Billy having to complete various tasks the same way Hercules did, culminating with the retrieval of a golden apple from the Garden of the Hesperides. Shazam, aka Billy Batson, is just a kid who is given the powers of seven different beings from ancient mythologies, with most if not all being figures from Greek mythology (including Hercules!) so it would not be far-fetched for Billy to do something that would annoy a few gods.

It’s unclear who would be able to fill the role of Eurystheus if Fury of the Gods does pull inspiration from the myths of Hercules. King Kid from Geoff Johns’ most recent Shazam! comics seems like a possibility, though I feel like doing both the labors of Hercules and King Kid in one movie might be a bit too much lore. Perhaps there doesn’t even need to be a middle-man for the potential tasks, with one of the Olympians just wanting to see if Billy is worthy of the powers of Shazam? Maybe Hercules himself could even show-up, as he and Shazam faced off in the Elseworlds Injustice universe?

While the post-credits scene of the first Shazam! sets up Mark Strong’s Dr. Sivana to return as a villain alongside psychic caterpillar Mr. Mind, everything we’ve learned about the sequel thus far seems to indicate that that plot thread will be saved for a future film.

Shazam! Fury of the Gods is set to hit theaters on June 3rd, 2022. David Sandberg and Henry Gayden are returning to direct and write, respectively, while Asher Angel and Zachary Levi will be reprising their roles as Billy Batson and Shazam.