Despite years of delays, star Andrew Lincoln has confirmed that the first of his The Walking Dead movies centered around Rick Grimes will begin filming this spring/summer. With filming just over the horizon, here are 5 directors who would be perfect fits to take on the trilogy.

John Dahl: Having tackled episodes of numerous prestige TV shows, including an episode of The Walking Dead (10×08), as well as multiple feature films, Dahl is more than qualified to take on the movies, but he is a rather unexciting choice.

S. Craig Zahler: Zahler, who is known for gritty action/horror films like Bone Tomahawk and Brawl in Cell Block 99 is a more than perfect fit for Rick’s movies, which will be a horror/western mix, but the chances of AMC and Universal being able to lock him down are slim to none.

A vetted TV director who has been attempting to make the jump into Hollywood blockbusters for awhile now, MacLaren is an easy fit with an open schedule, who covers all the bases for what the Rick movies will need at a bare minimum. Her credits include three episodes of The Walking Dead, 11 episodes of Breaking Bad, 2 episodes of Better Call Saul, 4 episodes of Game of Thrones, and others.

Makeup effects guru and director Greg Nicotero has a long history with The Walking Dead, one that would make total sense for him to jump over to the movies (he even directed Lincoln’s final episode), but he wouldn’t bring much to the movies that one could consider fresh and new. That, and he’s deep into his work on Creepshow, which just received a season three renewal. 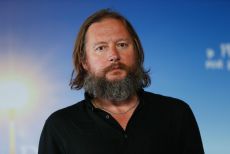 The most “out there” name on this list, Mackenzie made one of the best modern day westerns with Hell or High Water and jumped into the blockbuster world with Netflix’s Outlaw King in 2018. Mackenzie fits the job, has an open schedule, but is more of a pipe dream than anything else. 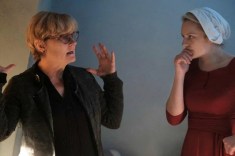 Skogland, a veteran of the prestige TV world, will see her new Marvel series The Falcon & The Winter Soldier, debut in March, which could be easily used as a jumping point to get on a blockbuster feature. The Marvel series has the same production values as most big budget movies, so Skogland wouldn’t be in unfamiliar territory, and it would be a smart move on AMC’s part to get an MCU director.

the best up and coming directors in Hollywood, Vogt-Roberts made one of the best blockbusters of the 2010s with Kong: Skull Island and hasn’t directed a feature since. He came close to helming the pilot of the third Walking Dead series but dropped out at the last minute for unknown reasons. If anything, JVR is too good for just a pilot and deserves the opportunity to make a feature(s) set in this world.

The first Rick Grimes movie will film later this year with Scott Gimple writing the script. Universal will distribute the film theatrically.

Senior Editor for The Vulcan Reporter. Former Film & TV Reporter at The Cinema Spot. Former Senior Editor at The GWW. Writing since August 2018.

The CW Renews 'The Flash,' 'Batwoman,' 'Legends of Tomorrow,' and 9 Others