The CW is currently developing a television series centered around the DC character “Ghost-Maker.” 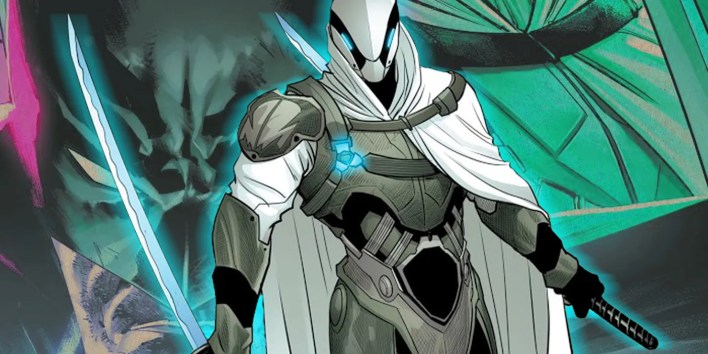 The Ghost-Maker is a bisexual vigilante who, like Bruce Wayne, has trained with many martial arts masters across the DC Universe. A rival of the Dark Knight since his youth, he’s a radical crime-fighter who will not hesitate to kill if deemed necessary and sees crime-fighting as an art rather than a duty.

While training around the world, Batman and Ghost-Maker struck a friendship due to their shared interests in vigilantism. After a falling out between Ghost-Maker and a mentor of Bruce and his (which resulted in the death of said mentor), Bruce developed a greater hatred for him. Bruce warned him not to come to Gotham City and he agreed.

Ghost-Maker did eventually decide to step into Gotham. He did this because he wanted to become its new protector, as he was disappointed at how Bruce did his job during the Joker War comic event.

The Ghost-Maker was created by comic writer James Tynion IV and first appeared in Batman Volume 3 #100 (2020). Tynion is best known for his work on Batman comics and Boom Studios’ ‘Something Is Killing The Children.’

This series has been in development at The CW for a little while now. Not much is known about the project, though we do know that it is being spearheaded by producers on another CW series based on DC Comics characters, Batwoman.

A Ghost-Maker series could fill the Arrow-shaped hole that the network has been trying to deal with since the Stephen Amell-led series ended in January of last year. In the recent Batman comics, the character has been portrayed as an anti-hero of sorts, a characteristic that he shares with Arrow’s version of the bow-wielding vigilante Oliver Queen.

If this project does not get greenlit, the plan is to introduce the character in the upcoming third season of Batwoman. It would be interesting to see how Javicia Leslie’s Ryan Wilder would react to a character like Ghost-Maker. Who knows, maybe the introduction of the character can lead to the full return of Wallis Day’s Kate Kane?

Will The Ghost-Maker Series Be Set In The Arrowverse?

While it is currently not known if this project would be an Arrowverse series, we do know that it is being developed by producers of CW’s Batwoman. This leads us to believe that the series will indeed be set in the same continuity as Batwoman, possibly as a Batwoman spinoff.

If the Ghost-Maker series is indeed set in the same continuity as Batwoman, the project would be joining Arrow, The Flash, Supergirl, Black Lightning, Batwoman, Superman & Lois, Stargirl, and Legends of Tomorrow in The CW’s Arrowverse.