Amazon is making a new Jack Reacher series, with Brandon Routh, Teddy Sears, and Brian Van Holt all having auditioned for the lead role.

Jack Reacher is about to make his return, but this time on the small screen. Titans star Alan Ritchson will take on the title role for Amazon’s new television series reboot, rather than Tom Cruise. But before Ritchson landed the part, a multitude of actors auditioned for it, including Superman Returns star Brandon Routh, The Flash alum Teddy Sears, and Cougar Town alum Brian Van Holt. Out of respect to the actors, I will not be posting their audition tapes.

In the Jack Reacher book series, written by novelist Lee Child, the character is described as being like an NFL player, standing at 6 feet 5 inches, 250 pounds, with a 50-inch chest. Reacher’s facial features are described as looking like he had been “chipped out of rock by a sculptor who had ability but not much time,” per Lee Child. 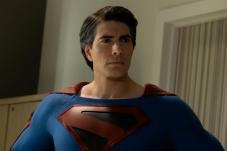 Brandon Routh is best known for playing Superman in the 2006 sequel to the Christopher Reeve movies, Superman Returns. Routh also had a recurring role in the TV series Chuck and played DC Comics hero The Atom on The CW’s Arrow and Legends of Tomorrow. He is also an incredibly charming actor with an infectious personality, though he really doesn’t strike me as much of a Jack Reacher-type. While Routh stands at 6 feet 2 inches and reached 218 pounds when filming Returns, he does not really fit the description of Reacher in the books. 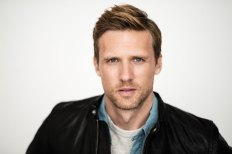 Teddy Sears, who played fan-favorite villain Zoom on The CW’s The Flash, is a solid TV actor with a variety of credits to his name. Sears is 6 feet 3 inches and fits the facial description of Reacher well. He also had a recurring role in the first season of American Horror Story, a lead role in 24: Legacy, and most recently recurred in the Netflix series The Politician. If Reacher were on network TV, he’d be a terrific fit for the role, but at Amazon, they were able to get a much stronger lead.

Brian Van Holt is known for his roles in Cougar Town and in the film Black Hawk Down. He also had a guest role in Marvel’s Agents of Shield and most recently can be seen in the Fox series Deputy. Holt is 51 and on the older side of actors auditioning for the part. In the first book in the series, The Killing Floor, which the first season of the new series will adapt, Reacher is only 36. Holt also stands at 6 feet 1 inch, making him the shortest actor on the list.

Ritchson, at 6 foot 3 inch with a chest measuring 46 inches, is damn close to being a pitch-perfect physical match for Reacher. His weight fluctuates for roles, but Ritchson revealed he reached almost 225 pounds when playing Thad Castle in Blue Mountain State. Not only that, but he definitely looks sculpted. I couldn’t imagine a better fit for Jack Reacher.

Most Dangerous Game‘s Nick Santora is showrunning and executive producing alongside Child, Jack Reacher movie director Christopher McQuarrie, and others. Filming is set to begin on April 15, 2021.