HBO Max’s Game of Thrones spin-off series “House of The Dragon” is currently set to begin production in January of 2021. 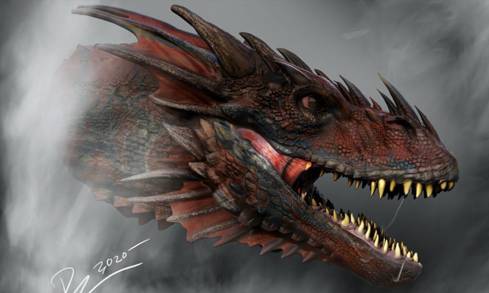 House of the Dragon is an upcoming Game of Thrones prequel series. The series was greenlit by HBO in October 2019. Based on George R.R. Martin’s book Fire & Blood, the series will tell the story of House Targaryen and take place 300 years before the events of Game of Thrones, to center on the beginning of the end of the once all-powerful dynasty that dominated the Seven Kingdoms.

According to The Illuminerdi, actor Matt Smith is eyed to play Prince Daemon Targaryen in House of The Dragon. Daemon is the younger brother to King Viserys, Daemon is described as not having been born with “naked ambition” for the throne despite being in line for it. He’s less methodical and more impetuous. Not to mention easily bored…stumbling from one distraction to the next with the subconscious yet singular obsession with earning the love and acceptance of his brother the king. Most of Daemon’s joy is found at sword-point. But even as the most experienced warrior of his time, he vacillates between vile and heroic, making him the true rogue of the series.

House of The Dragon is a prequel to HBO’s Game of Thrones series. Game of Thrones is a fantasy-drama series created by David Benioff and D. B. Weiss. It is an adaptation of A Song of Ice and Fire, a series of fantasy novels by George R. R. Martin, the first of which is A Game of Thrones. The show premiered on HBO in the United States on April 17, 2011, and concluding on May 19, 2019, with 73 episodes broadcast over eight seasons. Set on the fictional continents of Westeros and Essos, Game of Thrones has a large ensemble cast and follows several story arcs throughout the course of the show. A major arc concerns the Iron Throne of the Seven Kingdoms of Westeros and follows a web of alliances and conflicts among the noble dynasties, either vying to claim the throne or fighting for independence from it. Another focuses on the last descendant of the realm’s deposed ruling dynasty, who has been exiled to Essos and is plotting a return to the throne. A third story arc follows the Night’s Watch, a military order defending the realm against threats from the North.

Game of Thrones attracted record-breaking viewership numbers on HBO and has a broad, active, and international fan base. Critics have praised the series for its acting, complex characters, story, scope, and production values, though the final season received significant critical backlash for its condensed story and creative decisions, with many considering it a disappointing conclusion. One of the main characters in the Game of Thrones series is Daenerys Targaryen (played by Emilia Clarke). Dany is a member of House Targaryen, and a descendant of the main characters of the House of The Dragon prequel spin-off.

Paddy Considine has been cast in the leading role of King Viserys Targaryen, the father of Rhaenyra and Aegon II. He was chosen by the lords of Westeros to succeed the Old King, Jaehaerys Targaryen, at the Great Council at Harrenhal. Viserys is “a warm, kind, and decent man” and “only wishes to carry forward his grandfather’s legacy.” However, “good men do not necessarily make for great kings.” The series is being developed by Martin and Ryan Condal, with Ryan Condal and Miguel Sapochnik serving as showrunners, Sapochnik and Condal will also be executive producing House of The Dragon, alongside Martin and Vince Gerardis. Sapochnik will also be directing the series. House of The Dragon is currently set to debut in 2022.