The cast and creative team of Peacemaker – spinoff of James Gunn’s madcap film The Suicide Squad and the DCEU’s first television series – recently participated in a panel at the Television Critics’ Association (TCA), where assembled media outlets were shown a teaser trailer and the first episode.  Whilst the teaser is unavailable to the public at time of writing, the descriptions we have heard speak for themselves.  Here is what we know so far.

Breakdown of the teaser trailer

Starting off, we pick up with Peacemaker, aka Christopher Smith (John Cena) in the hospital where he was shown recovering in the post-credits scene of The Suicide Squad – after being shot in the neck by Idris Elba’s Deadshot and originally presumed dead.

Smith is seen telling a janitor that now he has been discharged, he should go back to prison for “superhero shit” – but after some taunting, the janitor tells him reveals that the hospital is unguarded.  Peacemaker then makes moves to escape but is confronted by a team led by the mysterious Clemson Murn (Chukwudi Iwuji), who offers Smith freedom in return for his services as assassin-for-hire.

The teaser then introduces us to the rest of Peacemaker’s new squad, including two familiar faces from The Suicide Squad – tech expert John Economos (Steve Agee) and NSA agent Emilia Harcourt (Jennifer Holland), who both worked with Amanda Waller in the film but were stuck with babysitting Smith as punishment for their acts of defiance.

The team is rounded off by newcomer Leota Adebayo (Danielle Brooks), seen in a brief scene shooting a man that Peacemaker had already eliminated, to his evident frustration.  Some of the chemistry between Smith and his handlers is shown. “Just because you’re handsome doesn’t mean you’re not a piece of shit,” Harcourt tells him.  Our protagonist takes no time to fire back.  “You think I’m handsome?”

The team is given their first target, a US senator, but complications arise after Peacemaker realizes that he is traveling with his family.  This hints at one of the key themes the show is set to explore, the nature of Peacemaker ultra-nationalistic dogma of “peace at all costs” and how far he will go to uphold it.  Whilst he proudly claimed in Gunn’s film that he did not care how many men, women, and children he has to kill to achieve peace, it is clear that this facade will be put under pressure over the course of the story.

We are then treated to glimpses of several action sequences, including a look at Vigilante (Freddie Stroma), antihero and yet another expert marksman, plus some quick takes of Peacemaker dancing in his “tighty whities” in a living room (which James Gunn is “obsessed with,” according to Cena).

Speaking of dancing – it was revealed during the panel that a great deal of boogying went down on set, including in a bonkers opening credits sequence that has been described by TCA members in attendance as one of the best of the year.  In a particularly cutting scene, Peacemaker opens the door to his father Auggie Smith (Robert Patrick), who asks his son, “How did my sperm create a weakling like you?” The trailer concludes with the protagonist being greeted by his pet eagle, asking Auggie to photograph the moment, but in vain.

Gunn has talked of the show as being a quasi-sequel to The Suicide Squad, but in a somewhat quieter vein, being very specifically about a different group of people and a “little bit more about society.”

All eight episodes of the season were written by Gunn, who also directs multiple episodes – he expressed a natural affinity for the character, saying that his character has enough to learn to last more than a single season of television.

Whilst he is preparing to film Guardians of the Galaxy Vol. 3 for Marvel Studios, Gunn is far from done with DC Films –president Walter Hamada previously acknowledged that talks have been taking place on giving Gunn the keys to additional properties, with the possibility of more spinoffs from The Suicide Squad on the way.

Peacemaker is due to arrive at HBO Max in January 2022.  Until then, be sure to come to The Vulcan Reporter for reports on all things DC and beyond. 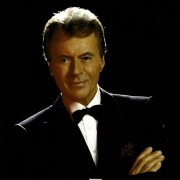